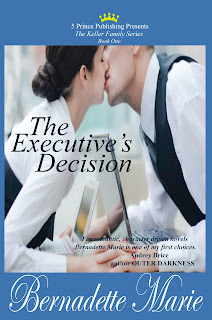 Giveaway a Signed Paperback
(Winner must be a resident of US)
Adult Contemporary Romance
Description of book:
Regan Keller fell in love with a wealthy and powerful man once. He was her boss. When that turbulent relationship ended, she swore she?d never again date someone she worked with. That was before she literally fell into her new boss?s lap.

Zachary Benson is the head of a successful empire and used to getting what he wants in the boardroom and outside of it ? and what he wants is Regan Keller. He?s determined to convince Regan that even though he?s her boss, they can share a life together.

However, when Regan?s past threatens to destroy the architectural firm Zach has invested his entire career in, he has to make an executive decision whether to choose his business or fight for the woman he loves. 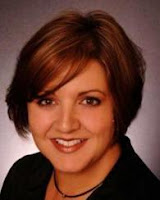 I started writing, seriously, at thirteen.  I’ve always been obsessed with pens and paper so it was just realistic that I use them to write stories.  My first book was published in April 2010.  In 2011 I moved houses and am now with 5 Prince Publishing and Seven Songs Press.  I write Contemporary Romance (but there are Paranormal and Romantic Suspense books looming in my head.)  I love to write about strong friendships, loving families, and happily ever after.

~~~~~~~~~~~~
Guest Blog from Bernadette
:
WRITE WHERE YOU KNOW
One of the most amazing things that has happened to me, because of my writing, is that my eyes opened wide!  I have lived at the base of the Rocky Mountains, in Colorado, my entire life.  It wasn’t until I began to set books here that I noticed all the glory that surrounded me on a daily basis.  It’s grand!  Not only did I begin to appreciate what was around me and take in it’s glory, but I also found hundreds of stories lurking among my surroundings.  I’ve created a series in a fictional town that would be just miles away from where I live.  And I’ve incorporated my favorite hotel into many of my books.  If you’re ever in Denver at Christmas you HAVE to stop by the Brown Palace Hotel.  Even if you’re not, look it up!  My novella (November 2011 from Seven Songs Press) is based in an exclusive chocolate shop in the Cherry Creek Shopping District and they visit some of the most beautiful attractions, again near my house.  Now, what makes this even more fun for me, is that I keep dragging my family out to see places I want to write about.  I may have been there a million times, but to see it through the eyes of others, that give you a new perception.
I always thought I needed to mix it up a bit.  Set my books in different places, and I do.  But I’m most happy when I’m close to home and the ideas flow!  Who knows, maybe someone will want to visit Colorful Colorado just because I make it sound so good!
Happy Reading!
Bernadette Marie
~~~~~~~~~~~~
How to visit Anthanasios –
Website
Blog
Twitter
Facebook
Goodreads