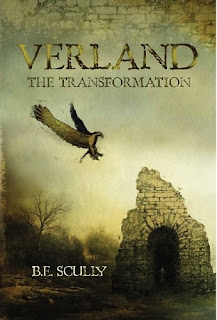 Giveaway is an paperback
(Giveaway is for US customers only)
Horror – Adult
Description of book: 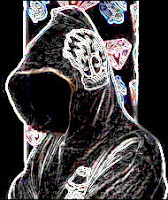 True crime writer Elle Bramasol is drawn into a macabre mystery when incarcerated Hollywood producer Eliot Kingman asks her to write a book about his case. As she delves deeper into Kingman?s murder conviction, she discovers that he possesses a centuries old diary written by an elusive vampire named Verland. Uncovering the transformative secrets held within the diary?s pages, Elle is drawn deeper into both Kingman?s deadly schemes and Verland?s dark world of shadows. When the two finally collide, the stage is set for a climactic battle over mankind?s
ultimate prize: eternal triumph over death. But will the Holy Grail of immortality turn out to be the cruelest curse of all?

Exploring the allure of the shadowy places between life and death, between fantasy and reality, and the ultimate power of belief, Verland: The Transformation is a gothic-inspired tour de force, a brooding return to the roots of the vampire genre that goes for the throat from page one
until the final, bone-chilling climax.

Watch the Video Trailer
About the Author:

B.E. Scully lives in the woods of Oregon with an assortment of animal and human companions. 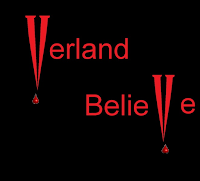 There?s a clever little slogan that goes something like this: ?Be careful or you?ll end up in my next novel.? This saying reflects every writer?s revenge fantasy of creating characters that look, act, and talk a bit too much like a cheating ex-spouse or dreaded relative, and who, accordingly, suffer some hideous and  much-deserved fate.  Well, the bad news for friends and family of writers is that yes, you actually do end up in our novels, along with famous people, our third-grade teacher, and the plumber whose really silly-looking haircut we just couldn?t resist. The good news, however, is that for every person who shows up in our stories for the wrong reason, another ends up there for being inspiring, interesting, or just plain loveable.
My recent novel, Verland: The Transformation, is a good case in point. When I began developing the story, I needed a powerful character who would stop at nothing to get what he wants, and it struck me that in Hollywood, people like James Cameron are given this god-like status that can be very distorting and dangerous. Around the same time, the Phil Spector murder trial was all over the news, and his case also exemplified the bizarre lifestyles and isolation that can result from that kind of power and fame, and out of all of this, the character Eliot Kingman was born.

On the other hand, real-life people also inspired some of the most profoundly moving characters in the book. I?m a fan of the musician Dave Navarro, and I?ve read interviews in which he discusses how his mother?s murder, which happened when he was fifteen years old, deeply impacted him as a person and an artist. I thought about how people who have experienced that kind of loss have to struggle hard against the undertow, and the character Elle developed out of that. In addition, the character Joel, who plays a small, but pivotal, role in the book, is based upon a real-life person who faced the disease ALS, also called Lou Gehrig’s disease, with unbelievable strength and dignity.

Search for a part of yourself in my latest novel, Verland: The Transformation, out now in paperback and e-book.

Winner will receive an e-mail advising you that you won. You will have 24 hours to respond or your prize will be given to someone else.
Authors have the right to determine where they will ship paperback and hardcopies too.