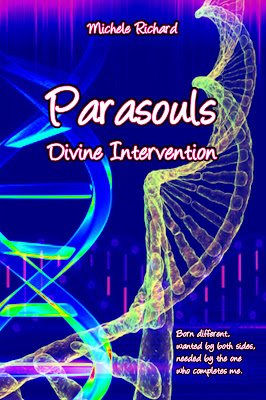 Book Blurb:
Born amongst the humans, yet not being one, the parasouls fight to remain hidden. Using the ancient tunnels and abandoned, buried basements as their homes parasouls live in the underbelly of society in their own world, they’ve created a world where they don?t need to pretend they?re normal. Their gifts remind them that they?re not. When you can produce electric blue flames from your fingertips, there?s no way to deny it. Damian McNamara built and rules the world they thrive in.
Angelique is the leader of a special team whose job it is to keep the ?normals? from knowing of the parasouls? existence. Her gift is also a curse, leaving her physically unable to touch another living soul without inflicting indescribable pain upon them.
The Parasoul Acquisition Control Taskforce hunts them for what they are.
Shane is the headhunter for the taskforce. Like Angelique, he?s never been able to touch anyone due to his gift of red and orange flames that singes the flesh of others.
The moment Shane and Angelique meet, the heavens open and connect their souls forever. So what happens when Shane finds himself trapped between the only thing he?s ever desired and his job? He has no choice but to deliver the one person who owns his soul over to his bosses, the government?s taskforce? Which side is the good, the bad, and the dictators?
They?re both in for a rude awakening.
Can love conquer all when you?re supposed to hate the one soul you cannot live without? How long can they fight the urge to give in to their connection? Can two parasouls on opposite sides find common ground and forge a future?
Review by Stacy Eaton
4- 4.5 Stars
A new author to me, and I am really glad I have had the opportunity to read an advance copy of this novel.  I am torn on the rating for this, as I really enjoyed it and if I could give half stars, then this would be a 4.5 in my book.
The plot line in this story moves along at a very nice pace.  The descriptions in the story were done so that you got all that you needed and nothing you didn?t. She definitely gives you enough to give you the visual without bogging it down with stuff that is not necessary.
The characters were well thought out and believable.  My one issue with the novel was at the start of the story; Angelique comes across as a very strong woman. As the story moved forward, I found she appeared to have lost some of her strength and I was very happy to see that by the end of it, she had regained that strong heroine feel about her. Shane was epic from the moment I met him.
From the first page of the book, I found myself pulled into the story and eager to turn the pages to find out what would happen next. Ms. Richards did an excellent job of keeping my interest and I had a hard time putting the book down, even when my eye lids were heavy.
Fans of the Sydney Croft ACRO series, will find this story to their liking as it contains the same type of elements.  There is a variety of characters that all have some type of special ability, all looking for that perfect match to make them whole. There are two warring sides that compete for the best of the best and some pretty intense but less graphic sexual scenes that ignited the imagination.
This book was thoroughly enjoyed and I am looking forward to how Ms. Richard?s moves the story on in the next one.
About the Author 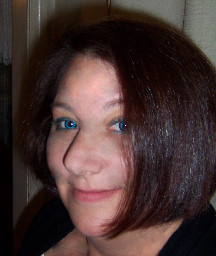 Michele Richard
Michele Richard has created the Mocked series. From Mocked by Destiny, the trilogy Mocked by Faith, to the Parasouls series she writes what comes from the heart. A wife and the mother of two preteen girls, she spends her days spinning tales about what happens when what you believe in mocks your every turn.
When she?s not writing, her days are filled with her family, her bunny Geneva, and friends. Her greatest passions are learning new languages and traveling. She currently resides in the Northeastern part of the United States however; her family members live down the east coast as far as North Carolina.
In 2011 Michele Richard, Lisa Bilbrey, and Laura Braley started Renaissance Romance Publishing. Together we write an anthology series called The Candy Collection.
If you want more Information about Michele or her books you can find it here:
Facebook
Blogger
Linkedin
Twitter
Goodreads
YouTube
Where to buy her books:
Renaissance Romance Publishing
Barnes & Noble
Mocked by Destiny