Skip to primary content
We are excited to be part of a Book Launch Month with Author Beth Elisa Harris as she releases her second book in the the Vision Series; Soul Herder! 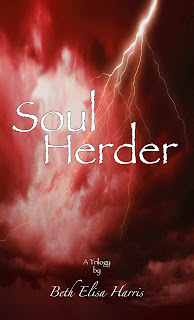 Tell us a bit about yourself:
Do you work another job when you are not writing?
I do, but I work from home from around 6 to 2 and make good money so I have an ideal situation for writing. 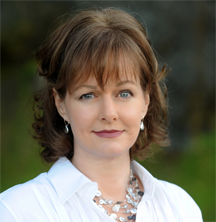 Getting out in the sun and doing anything with my husband. I also love movies, music and reading.
What is your favorite color?
It totally depends on the day and my mood, but I gravitate toward deep blues and purples. I think they are brave, passionate colors
.
What is your favorite season?
I live in California, so seasons are mild, but I love the fall because it feels like a time of transition. The colors and air are crisp and vivid, and I can drink a myriad of hot beverages.
If you could live anyplace on earth, where would it be? The next travel destination on my bucket list is to spend at least a month travelling in Italy. I want to see every inch, experience the food and wine of each region and disappear in the culture.
If you could have any car, what would it be?
If I don?t need to be eco-friendly and going for pure lust probably an Aston Martin.
Tell us about your writing:
How long have your been writing? Was it a dream, a goal or is it just a hobby?
Before I could write, I created and lived within fictitious surroundings and characters from my imagination. Then I drew all the time, and eventually started writing when I could put sentences together. For many years I didn?t think there were other options except writing and I just assumed that was what I could always be doing. It is a natural, organic state for me to live in. Had I known to stay out of my own way, there would not have been as many forks in the road. During early adulthood I experimented with stories and agent submission, and was paid to write in the business world, but didn?t have the focus. A health scare in 2009 changed all that, and I realized I needed to honor my authentic self. VISION is my first published novel, released in 2011.

How many hours a day do you devote to writing? Do you have a set routine or do you write when the mood strikes?

I don?t need a mood, really, just the time. I write daily, and don?t believe in setting a word goal. Once I sit down and do it, I usually crank out a great deal.
Is there some place special you like to be when you write?
I can be sitting in the middle of Grand Central Station as long as I have a laptop. I don?t need a setting for inspiration because I go so far into my head and into the story I?m not mentally present anyway!
Do you listen to music or do you need a quiet place to write?
Music is nice but not required. I can write anywhere with any amount of noise.
Tell us about your book:
What is the name of it and is it part of a series or a stand alone novel?
VISION is a trilogy because I needed three books to tell the story I had in my mind. VISION was released in 2011. The second book, SOUL HERDER is officially releasing May 1 and the final book WRITTEN IN TIME later this year.
Where did the idea come from?
The idea sprang from an idea bobbing around in my head for ten years, when we learned some family history from a Scottish island. I wove fiction into actual history in VISION and had fun with the characters. It doesn?t take much for me to start concocting stories from a simple concept, location or thought. When I started writing seriously again a couple of years ago, the idea just grew and I knew I had to go with it before anything else.
Do you have a specific writing style?
My writing style isn?t complicated. I just need something to type on. Occasionally I write long hand when I?m thinking out ideas and not close to a computer, but mostly I need to type to keep up with my brain?I am a fast typist, thankfully!
How long did it take to write?
VISION took about a year soup to nuts. It was a hard labor, because I struggled with formatting, editors, etc. SOUL HERDER was the opposite, because I learned so much and have such great people behind me now.
What is it about?
Layla Stone is a seventeen year old headed from Portland to Cambridge, England to attend college. She possess extremely strong clairvoyant skills that have given her recurring nightmares most of her life. She thinks she is compelled to leave to break the isolation in her life, but discovers she?s pulled to the UK for bigger reasons. There are secrets buried on a Scottish island where she meets a woman who changes her life, and helps reveal a strange, dark past. Layla thinks she?s unique and distant from her mom, but they are more alike then she knows. Book one deals with discovery, and sets the path for the other two books.
To Purchase Soul Herder: