Writer’s Wednesday!
Today we have with us
Brittany Westerberg
author of Into Fire
Welcome Brittany!!

Tell us a bit about yourself:
Do you work another job when you are not writing? 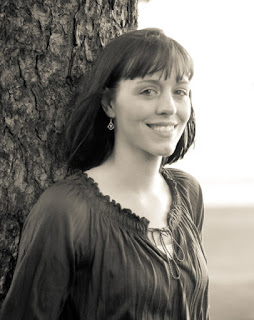 Fall. The only bad thing about fall where I live is that the bugs try to come into my house to escape the coming winter. Living in South Dakota, there?s a reason they do that.
If you could live anyplace on earth, where would it be? Why?
I don?t know that I?d like to live anywhere outside of the Minnesota-Iowa-South Dakota region. Not that I?d get much choice ? my husband loves to ice fish, so we can?t move farther south than about the middle of Iowa, because lakes don?t freeze over otherwise. I do want to visit Ireland, Great Britain and Germany someday.
If you could have any car, what would it be?
A two-door Ford Gran Torino, like the one from the original 1970s series ?Starsky and Hutch? ? I watched a lot of reruns of this with my mom growing up.
Tell us about your writing:
How long have your been writing? Was it a dream, a goal or is it just a hobby?
I?ve been writing since before junior high, though it was around then that I started writing full length manuscripts.
How many hours a day do you devote to writing?
I try to write at least one hour a day, though it depends on my job and schedule. I don?t have a set routine, though I?m not a mood writer, either. If I get an idea, I write, but sometimes I just know I need to sit down and exercise the writing portion of my brain, so I find a writing prompt (I have an app on my iPhone) and I write something.

Is there some place special you like to be when you write? 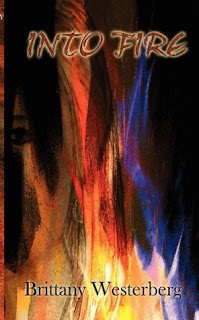 On my bed with my laptop in front of me. I can write anywhere, but that?s usually where I?m at.
Do you listen to music or do you need a quiet place to write?
I listen to music while I write. The music depends on what I?m writing. I have different playlists I listen to, which depend on my mood and what?s happening in the story.
My book is titled ?Into Fire?. It?s the first of a planned trilogy. I wrote it in my junior high and early high school years on an old Macintosh computer that was good for pretty much only word processing. I don?t know where the idea came from, though I read a lot of fantasy and science fiction during those years. About my senior year in high school, my writing took a backseat to getting into college and trying to decide what I wanted to do for the rest of my life. A couple of years later, my younger brother, Michael, found a bunch of my old stories (three that were full novels in length) and convinced me to revise his favorite so he could help me to get it published. It was through his hard work and encouragement that I am a published author now.
Tell us about your book:
The book is set in a different world, and ? to sum it up in one sentence ? is about a girl named Leora who discovers she can do magic and has to learn how to use it. She had always planned to work in the family business and was taught to fear magic, but she is discovered by master mages and learns that her mother, who died when she was young, was also a mage. She decides to embrace her abilities and the learning, with the help of her teacher, and learns there is a lot more in the world outside her home than she thought.
I have finished the sequel to this book, which has the working title of ?Over Water?, and am working to get it published. I also wrote a story in the compilation ?Tales of the Council of Elders? (The Imperium Saga: Tales).
I have a blog: brwesterberg.wordpress.com.
I am also on Facebook (https://www.facebook.com/BrittanyWesterberg) and on Twitter (@BrWesterberg).
You can buy my books at
Amazon