Continuing with the 1,000 Likes Giveaway is Giveaway #3

Garda ~ Welcome to the Realm There is a place that lies between heaven and Earth, it is called The Realm. Within this place, the Guards of Peace, known as Garda S?och?na, live and train to guide and protect the ones that walk the living arena until these people are called home.

Officer Corey Hamilton is dedicated to being the best that she can be, in uniform and out. Her loving nature, compassionate thoughts, and warrior strength make her the perfect candidate to join the Garda S?och?na and spend her eternity protecting and guiding others.

Just before Corey dies in a line-of-duty accident, she meets Officer Mitchell O?Reilly. Her feelings for him may change her destiny, but not for the better, as she falls in love with this married man.Brock, Corey?s Garda, will bring Corey home to The Realm and attempt to guide and train her for her future, even while she still fights for her past. Will Brock be able to direct Corey down the right path, or will she cross the line and fall from grace?

Join Corey, Mitchell, and Brock for an emotional and heart-pounding adventure that is sure to make you wonder if angels are really guiding us in our everyday lives. Between June 20 – 24th – you can enter to win the following prize package!

Signed paperback of Garda – Welcome to the Realm – a handcrafted bracelet a few more surprises!

Check out some of the goodies in this giveaway! 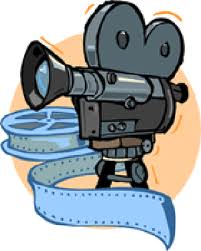