Introducing the characters in Blue Blood for Life.

Officer Kristin Greene, police officer for Fawn Hollow Township.  Now in transition and dealing with the changes making her life better then it ever has been, except for the one thing that will finish her transition quickly. Join Kristin as she works through a few days of real life police work, and how she has to reveal her new life to her friends.

Master Alexander Armstrong is the strong leader of the Vampire Military Force. While working an investigation he has to leave behind orders that must be carried out to protect the ones he cares about. Can he survive the torture that Burke gives out? Can he protect Kristin even when he does not know where she is? 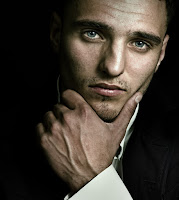 Julian Hutchinson is Alex’s right hand man, but can he do what Alex has asked him to do to protect Kristin? Can Julian put his resources to work to figure out how to find Alexander before it is to late.

Gabriel Montgomery returns in this series to assist Julian and be there for Kristin. His idea to help with Alex’s orders might just turn out to hurt more then help, but he does it to help Kristin. Fury reaches out to Gabe later in the story when someone else he cares about becomes involved in the tragedy.

Trent Myers enters into the saga to assist with protecting Kristin and locating Alexander. The man with the emerald eyes who sparks more then friendship in Kristin finds himself thrown deeply into Alex’s orders and wonders if he will be able to make it out with his heart intact. Trent shadows Kristin to work and see’s more then just the person he has to protect, he see’s the woman and police officer that Alex and Julian don’t even know.

Kristin’s three best friends get thrown into the story, Livy, Kat and Izzy.  See how they deal with the truth of what Kristin has gone through and what she has become.