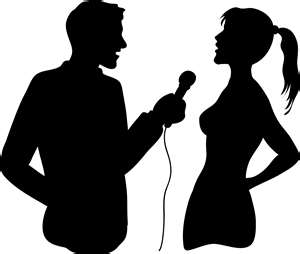 Please welcome character
Harry Charters
to our blog today!
He is the star of the book Harry Charters Chronicles
Created by Graham Smith

Let’s welcome him to our site and find out what his story is all about!


As I sit in my chair waiting for Harry to come in and get comfortable, I can’t help but notice how sharp dressed he is in his three piece suit. My eyebrows raise as I take in the dark raincoat he has draped over his shoulders and the hint of mystery that comes with the fedora he is wearing. Smoke curls up around his face adding some further mystery to him as his cigarette hangs from his lips.
Is he swaying as he walks? He seems a bit unstable as he makes his way to me, as if he might have been tying one one before he arrives. My question is answered as he takes a seat and I can smell alcohol radiating off of him.  Oh this should be an interesting interview….

Welcome Harry… I am very glad you were able to make your way here today. Why don’t you start off by telling up a bit about the book you star in.
This young punk called Graham Smith has gone and written a damned book about some of my cases.
lol….  You don’t sound to happy about that.
I wasn?t in favour at first but when he agreed to name it Harry Charters Chronicles after yours truly it became a different matter.
lol…  Well, I’m glad you finally thought it was a better idea. What are the Chronicles about?
I let him write up seven different stories about my adventures as a private dick. He even told ?em the way I told ?em to him.

So he listened to you… that’s good.  What kind of stories did you tell him?

There are stories of murder, betrayal, gang warfare and a haunting lost child story.

A really big variety.  What is one he wrote about?

I told him ?bout a coach trip I took to catch a conman and how I had a little run in with a punk who liked to beat up on defenseless women. The wiseass wrote them up. Hell he even wrote up the tale of what happened when I attended my mother?s funeral

Guess he was listening well when you spoke with him.

He hasn?t spared me any kind of embarrassment whatsoever. He?s told my stories in all their dramatic, sad and oftentimes horrific detail.

I bet that makes a good story to read though. 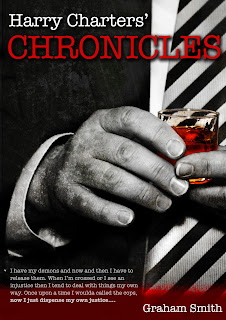 Graham shows me for what I am, a drunk with a chequered past and a short future. One day I?ll meet up with someone who can outfight and out-think me. But that day ain?t come yet.

Let’s hope it doesn’t happen here in the studio either.

I?ve a very violent streak in me when Nasty Drunk appears on my shoulder. It?s all I can do to make sure that I only ever let loose on the right targets. I?m no hero or a saint by any means. I have killed and will probably kill again.
Did you know I was a cop?  Maybe you shouldn’t tell me these things… I mean… Are you close to having Nasty Drunk on your shoulder right now?
What I do though is rein in the Nasty Drunk so I only hurt people who deserve to be hurt. Sometimes though hurt just ain?t enough.

I sure hope I’m not one who deserves to be hurt.  Harry, let’s talk about a few other things.
If you could have added something to the story, and your creator would have let you, what would that have been?

I wish he?d taken the time to explain why I get so violent. I?m not a vigilante and don?t see myself as one. The way he?s told the stories is true but he didn?t give my side of the story as fully as I woulda liked. I had good reasons for my actions and I was doin? the world a favour in most cases.
I am sure you think you were…If you could have added something to the story, and your creator would have let you, what would that have been?

Other than repeating what I?ve just said, I woulda been keen to see some more atmosphere in the tales. Damn schmuck never talked about the weather, the duds or the jazz and blues playing outta my wireless. Man can only tell half a story.

The best thing about me is the way I always close my cases even though sometimes I nail the coffin lid down myself. The worst thing about me is the side of my nature that allows the Nasty Drunk to whisper in my ear long enough for my temper to rise. It?s far safer for others to let Melancholy Drunk weave his miserable way through my addled brain.

Yes…I think I would prefer Melancholy Drunk Harry to the other… But that is my personal preference.  What part of the book was the hardest for you and your creator to work through?

The Smell of Perfume is a tale which haunts me. It was a case I solved but took no satisfaction from. I saw things I never want to see or speak about again. Graham was also badly affected and the night I told ?im the story he drank more?n I?ve seen him drink either before or since.

Sounds like a very intense story Harry.  Is there a sequel for your story?

He?s talked about doin? another collection of short stories and flash fiction. He?s also been pestering me to tell him about the case which went wrong and set me off drinkin?. That?s a bigger tale though and would take quite a bit of telling.

Maybe that would be a good idea.  I’m very glad you came to join us today.  Your stories sound very interesting and I know I find myself wondering much more about you.  I hope that our readers stay around and check out more about your books and your creator!

By the way, can I get someone to drive you home. I’m not so sure you should be driving right now.