For those of you who are just joining us, Holiday Siren’s is an event taking place between December 13th and December 23rd. We are sharing some great crime novels with you that were written by law enforcement officers, people who worked around the trade or people who just did some awesome research!  Make sure to join us each day to see the featured book and the featured author!

You write a crime novel – is your writing from experiences that you have had or did you just totally come up with the plot out of the blue?

My books are nonfiction, and are therefore not considered novels because novels are fiction. I attempt to write my books so that they read like novels, but the ?experience? to which you refer comes from my interviews with victims, perpetrators, and those working in some aspect of law enforcement, i.e., police officers, detectives, prosecutors, etc.
What is your experience if you have it?
I have no law enforcement experience.

Where did you do your research?

My research typically consists of interviews with as many of the principals that will speak with me, and a study of case files, court records, and so forth.
How did you develop your characters for this story? Are they people you know, maybe yourself?
My ?characters? are all real people. Therefore, I do not make them up, and any development comes from interviews, attending trials, study of police files and trial transcripts, and any other sources as may be applicable. I strive to make them come alive, at least at times, so that they do not seem so flat and without dimension. Just how well I accomplish this has a direct correlation to the quality of sources available to me.
How long did you work on this true crime book before you published it?
Approximately one year from start to finish. It took about six months for the research and approximately six months to write the book.
Have you written other true crime books? If so what are they? If not, do you have plans to?

Yes, several. After Blood Lust came Driven to Kill, Web of Deceit (recently republished as an eBook under the title of Murder in Room 306), Blind Rage (recently issued as an eBook under the title To Die For), Savage Vengeance (with Don Lasseter), An Early Grave, The Texas 7, Murder in Hollywood, Angels of Death, Stolen in the Night, Love, Lies and Murder, An Almost Perfect Murder, Butcher, Rage, and The Murder of Meredith Kercher. My latest book, which isn?t finished yet, will be called Dead of Night and it is about the Reno, Nevada case of Brianna Denison.

Story Blurb from back of book: 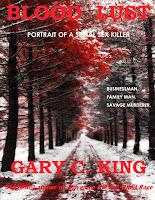 The Man Who Loved to Kill Women–Dayton Leroy Rogers was known in Portland, Oregon as a respected businessman and devoted husband and father. But at night he abducted women, forced them into sadistic bondage games, and thrilled in their pain, terror and mutilation. His murderous spree was stopped only after, in plain view, he slashed to death his final victim…and when a hunter accidentally stumbled onto the burial grounds of seven other women Rogers had killed one-by-one in the depths of the Molalla Forest did police realize they were dealing with a killer whose bloodlust knew no bounds. This is the shocking true story of the horrifying crimes, capture, and conviction of Dayton Leroy Rogers, Oregon’s mild-mannered businessman by day–vicious serial killer by night.

Author Bio:
Gary C. King is a freelance author and lecturer, having published more than 500 articles in crime magazines internationally. He is also the author of several true crime books. He also writes online content for Crime Library and for Investigation Discovery, The Learning Channel, Discovery Channel, and How Stuff Works web sites, among others. 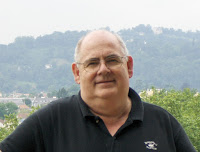