You write a crime novel – is your writing from experiences that you have had or did you just totally come up with the plot out of the blue?
I came up with the plot out of the blue. I have always been fascinated with law enforcement and have a huge respect for what they do and realize they have lives behind their badges just like everyone else and I wanted to come up with a story to reflect that.
Where did you do your research?
The bulk of my research was done through phone calls or meetings with the D.E.A. here in Atlanta or the Atlanta Police Department. I found them very helpful in answering questions about even the smallest things. Twitter and Google were also very helpful as well in finding out the ins and outs about the different guns the agencies carry and the requirements for each.

How did you develop your characters for this story?
I watched a LOT of crime shows. Everything from Criminal Minds to The First 48. The Spike Channel would run DEA marathons and I would study them relentlessly. I wanted to learn the mannerisms and how the agents interacted with each other. I also wanted to capture the tension leading up to a bust studying their body language and how they handled suspects.
How long did you work on this novel before you published it?
I worked on this novel a little over nine months before it actually went to print. That included several rounds of edits by the publisher and me. Because of the intricacies of crossing the different agencies I think that?s what took me so long. Each one has its own chain of command and its own set of rules but at the same time I had to make them work together to solve the crimes that were occurring on the streets of Atlanta.
Have you written other crime novels?
No this was actually my first time delving into the world of law enforcement.
If so what are they? If not, do you have plans to?
I definitely plan on writing more. I thoroughly enjoyed working with the characters and the excitement that came working the scenes. The more I learned the more I wanted to learn.
Using a character from your book ? Please tell us about your book ?
When I buried my father and moved to New Orleans I thought I had buried Atlanta and all of its problems with him I had no idea how wrong I was. Thanks to an increase in stupidity on the streets of Atlanta and a multi-million dollar drug bust the D.E.A. and I, agent Trip Spencer, have earned a first-class ticket back to my hometown where not only is my family waiting for me but so are a lot of secrets that refuse to be denied. Secrets that even my well-trained ?cop?s? eye never saw coming.
Story Blurb from back of book: 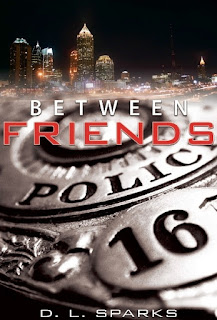 A drug bust gone wrong brings D.E.A. agent ORLANDO ?TRIP? SPENCER back to his hometown after being gone for years and he?s not the only one unhappy about the return home. IDALIS ARRINGTON and Trip have been best friends since they were little. Nothing or nobody could come between them, that?s until she meets Lincoln. With Trip back in Atlanta Idalis? perfect world starts to get messy and she finds herself praying that his visit is a short one. But the question is can she hold it together or will the sound of the skeletons in her own closet drown out what she?s convinced herself has been the truth all these years? LINCOLN ?LINC? BRISCOE, a Lieutenant with the Atlanta Police Department, knows he has a lot at stake and his girl?s best friend or not he refuses to let anyone, especially Trip Spencer, jeopardize what he?s worked so hard to gain.
Will Trip and Lincoln be able to avoid the collision course they?ve been on all these years or will they collide and explode, taking down everyone, including their careers, in their wake? Can Idalis handle the pressure brought on by Trip and Lincoln?s animosity or will she crack revealing her own shortcomings?

This December three friends reunite setting the streets of Atlanta on fire. There is no telling what can happen when the truth is revealed BETWEEN FRIENDS

Video Trailer for Between Friends:
About D.L. Sparks:
Best selling Author D.L. Sparks? fast paced suspense novel THE LIES THAT BIND exploded onto the scene and landed promptly on the best sellers list of Black Expressions magazine for countless months and has been embraced by endless readers as far away as London and France. Ms Sparks has also been voted one of the Top 25 Most Influential Black Fiction Writers on Twitter by The Best Damn Creative Writing Blog an honor she is truly honored and humbled by. D.L. is also a contributing writer to Rag ?N Riches Magazine?s, where she runs a relationship column.  She also runs the relationship blog Sex In The Peach at www.sexinthepeach.com 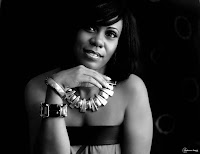 D.L. dedicates her novels to many of the missing women across the country. After dealing with the blow of her best friend Monica Bowie being abducted she felt she had to do something to try to help. Along with Monica, each book is dedicated to different women listing their information. This is one way she wants to keep hope alive for these beautiful women?s families and a small way to give back. D.L. is also an advocate for uplifting our youth. She speaks regularly at the Sister to Sister, a mentoring program at the Fulton County Youth Detention Center as well as schools in the metro Atlanta area. She enjoys mentoring and speaking to young girls and helping to mold their minds through positive reinforcement and showing them that all things are possible with God and a strong belief in ones self.
Between Friends is set to be released on December  27th
Pre-Order your copy now!
Amazon UK
Visit D.L. Sparks on her website:
www.dlsparks.com
This book is for mature audiences and does contain adult material which can include profanity, sexual content and violence.
Instructions for Gifting a Kindle book can be found here on Amazon: Gifting Kindle Books