Skip to primary content
Welcome To Holiday Sirens
Celebrating December 18th
Black Beast
is the first in a series of
“Clan of MacAulay”
written by R.S. Guthrie

For those of you who are just joining us, Holiday Siren’s is an event taking place between December 13th and December 24rd. We are sharing some great crime novels with you that were written by law enforcement officers, people who worked around the trade or people who just did some awesome research!  Make sure to join us each day to see the featured book and the featured author!
You write a crime novel – is your writing from experiences that you have had or did you just totally come up with the plot out of the blue?

Mostly out of the blue. I thought it would be interesting to take a detective and turn his world a little upside down. I live in Denver, so that part I do know, and I tried to bring some of that into the novel as well.
Where did you do your research?
Online. People would be surprised at how much you can learn about police departments, procedures, uniforms, death row, etc. by reading everything you can on the various websites. I also read a lot of detective fiction and love that genre in movies and television. I pay close attention!
How did you develop your characters for this story? Are they people you know, maybe yourself? 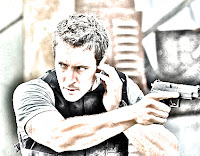 In my main character, Bobby Mac, I wanted him to be everyman. What I mean by that is I wanted him to have struggles, doubts, challenges, and failures like any real person. Hero, yes, of course, but don?t we all have a hero somewhere inside us?
How long did you work on this novel before you published it?
I started it in 2001 and then walked away from it for ten years. It was about 20% complete. When I picked it back up in 2011 and decided to finish it, the last 80% took me about three months.
Have you written other crime novels? If so what are they? If not, do you have plans to?
I am currently working on the sequel, ?LOST?. It will be out by Christmas. I am also working on another police story, this one set in Wyoming with a small town sheriff entitled ?Dark Prairies?. That book is due out the first part of 2012.
Using a character from your book ? Please tell me about your book 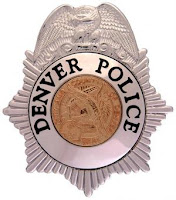 I started out this book as a regular guy; a detective who knew what he was about. It didn?t take long for me to question everything I thought I knew about evil. I had learned through years of police work that evil was a myth?that bad people commit crimes. Even heinous ones. I learned that you only need to look into the eyes of a predator to see what horrors men and women are capable of committing. I don?t believe that anymore. I?ve seen forces that can turn an ordinary, hardworking, law-abiding citizen into a monster. I?ve also learned that there are people whose destiny lies in the protection and service of others?people like myself, with a deep lineage of protecting good in the world. I have changed. I now understand my purpose in this world and I will always be here to fulfill it.
Watch the Video Trailer!
Story Blurb from back of book:

“Black Beast” is the first in a series of “Clan of MacAulay” novels featuring Denver Detective Bobby Macaulay. Bobby Mac has faced down a truckload of tragedy over recent years. The death of his partner; the loss of his own leg in the line of duty; the companionship of his beloved wife to cancer; his faith in God to his inner demons. After the man who ruined his leg and killed his first partner is executed, Macaulay becomes the lead detective investigating the Sloan’s Lake murders. The method of killing in this double-homicide is so heinous it leads Macaulay and his partner down an ever-darkening path–one that must be traversed if they are to discover the evil forces behind the slaughter. Just when Bobby Macaulay is questioning the very career that has been his salvation, he will discover a heroic history buried within his own family roots: The Clan MacAulay–a deep family lineage of protectors at the very core of a millenniums-long war against unimaginable evil.
Author Bio
R.S. Guthrie is a Mystery/Horror writer and author of Black Beast: A Clan of MacAulay Novel. Black Beast is the first in a series featuring Denver Detective Bobby Macaulay. The second book in the series, LOST, releases in time for Christmas, 2011. The author lives in Colorado with his wife, three Australian Shepherds, and a Chihuahua who thinks she is a 40 lb. Aussie.
How to Purchase:
Amazon UK
Visit R.S. Guthrie on his website for more information
http://www.blackbeastbook.com
This book is for mature audiences and does contain adult material which can include profanity, sexual content and violence.
Instructions for Gifting a Kindle book can be found here on Amazon: Gifting Kindle Books