You write a crime novel – is your writing from experiences that you have had or did you just totally come up with the plot out of the blue? There?s a strange story behind this book.  I hadn?t seen my sister in a few years and we went to her home just outside of Atlanta Georgia.  I was standing in her back yard, in front of her pool and the entire storyline came to me in an instant.  It was pretty awesome to have the whole thing at once.  I went inside and told her ?I have this book in my head and I need to start writing.?  She just nodded.  I don?t think she believed me at the time.  She does now.    What is your experience if you have it? I originally worked for a Sheriff?s department as a deputy for a number of years.  I worked on the jail floors that housed inmates, then in personnel, and then in the courts during those years.  Later, I decided I wanted to move into actual patrol work so I applied to the Police Department.  It was not a transfer job, so all candidates had to go through the entire application and hiring process no matter their background and basic police academy training as well.  Once through the academy, I gradually worked my way from patrol, to community policing in high crime neighborhoods and trained as a precinct I.D. tech, Breathalyzer Technician, and was certified and licensed for motorcycles.  Eventually I transferred to the detective bureau.  I?m an investigator at heart.  Most of my time as a detective was spent working assaults; some serious, some not so serious, many  domestic assaults and occasionally assisting the homicide detectives when they needed us.       Where did you do your research? Much of my story line is based on the psychological thriller aspect of the plot.  I didn?t do any research on the really strange areas of this book.  It?s actually kind of humorous, because after I penned down the chapter outline and synopsis, I showed a friend of mine.  She asked me that very same question… ?Where did you do your research?? I laughed and told her that I didn?t do any research, that the story just seemed to plant itself in my head instantly.  I told her that I used my imagination to make adjustments and to fill in the gaps.  She walked across the room (we were in her home office) and proceeded to pull dozens of files off shelves.  The files were full of conspiracy theories that she had followed for years (I knew nothing of her hobby).  Half of what I had written about in the book was in her files.  I was shocked. How did you develop your characters for this story? Are they people you know, maybe yourself?Most of my characters came to me all at once when I got the storyline.  But a few I had to think on.  I think there is a little bit of me in every character, except for a few who have some real issues.  Those ones probably reflect a combination of personalities I?ve met over the years, though none were taken as any one single individual.  After all, can  regular folks ever be as interesting as ones imagination?  Not in my imagination, anyway.   How long did you work on this novel before you published it? I started this book a good, long while ago.  At the time I was working two jobs and I have kids too, so I couldn?t focus on it as much as I would have liked without ignoring the kids.  The edits took a while as well.  I?d say on the whole it?s probably taken about five years, though I?ve already completed another book which has gone into edits and a third which is about a third of the way through.  The second and third took me about 9 months.  The first one took longer because it was a learning curve for me too.  It?s much easier now that I?ve done it once.   Have you written other crime novels? If so what are they? If not, do you have plans to? I am working on the sequel to Blind Veil.
View the Video Trailer
Using a character from your book ? Please tell me about your book The manner in which the story develops is strange.  The following is a little further into the book, and written from Simms? perspective.  Simms is a patrol officer.  He?s just survived a traumatic event and it?s really messing with his head.  He feels like he?s losing his mind. ?It?s got to be a dream; a mistake.  There?s no way in hell this can be real.  What did Emmett used to say?  ?You know what you know, what?s real is real.?  Maybe I?m dead… I?m drown and just don?t realize it.  Could I be?  No, I?m not.  Look at these people.  Holy crap.  What is that?  They think everything?s alright, but nothing is alright.  Not anymore.  Can?t they tell?  Are they looking at me?   It?s changing again.  Okay, it?s alright now.  It?s okay.  What the f**k is wrong with me?  What did that freak do to my head?  Maybe it was a drug?heroine; or some new experimental kind made in a lab somewhere… a biological warfare drug designed to make the enemy paranoid.  Yeah, yeah, that would do this.  I?ll lose my gun and badge over this for sure if I report it.  Department won?t take me back if I do.   Why would they?  I wouldn?t, and it?s me it?s happening to.  I?m not safe to be around.  Make a decision, damn it.  What are you gonna do?  You?ve gotta do something.  I am so completely f**ked right now. Where?s Tony.  Where the hell is he??
Story Blurb from back of book: 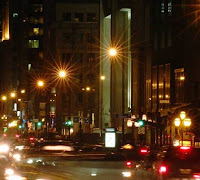 Can a seemingly innocent boat ride forever change the life of Simms; a former U.S. Marine turned New York City Cop? Find out when the Officer meets an eccentric scientist who claims to hold secret knowledge that has been hidden from the rest of society. Is this all truly happening, or is one of New York?s finest slowly losing his grip on reality?  Unfortunately for him, neither conclusion between the two worlds is better than the other as the clarifying line between reality and impossibility slowly disintegrates, turning his world upside down.He must dig thirty years into his past; deep beneath the veil and the mesh of murder, lies and deceit to find answers. Follow the trail of events that will forever shape his future? and maybe yours.
Author Bio:
Life?s never dull.  Between writing novels and screenplays, I?m a single parent to my daughter. As a retired Police Officer and Detective, the only career that is as interesting to me as police work, is being a writer.  Both leave you with the feeling that no day is ever the same as the one before, and it?s a good feeling.
I have always had a strong appreciation for putting words to the page and find it extremely fulfilling.  In the seventh grade my English teacher pulled me privately to the side in the hallway, and said to me, ?You should really consider writing as a career.?  At the time I couldn?t see it happening.  Who became writers?  My parents were not big on having their children follow any of the arts as career fields, so pursuing a dream such as writing, seemed outlandish at the time.  Each year my teachers told me the same thing, and each time I ignored the dream, even though it was something that genuinely interested me.
As a kid, walking around with my face in a book was a daily routine.  I usually read three or four a week and even wrote and assembled into book form, one of my own stories about a bird named ?Babbly? at about age ten. 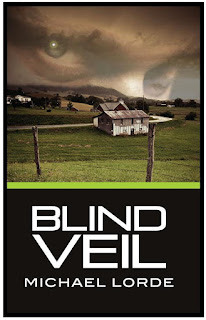 Along with writing, I run a small publishing company.  Sometime soon, we will have training videos available for free on that webpage.  I want to teach first time writers how to do what I have learned to do.
My eldest daughter and eldest son attend college.  One of my sons currently serves in our military.
We own two very small dogs, about the size of a large hand.  I have debated on whether things so small should be classified as dogs.  Still, in their earnest attempts in trying to intimidate people with their deafening yapping (which my daughter calls barking), they have proven their loyalty to me.  It is impossible not to love them and they are family.
My ancestors on my grandfather?s side were Native Americans; Algonquin and Iroquois from the great Seneca Nation in Upstate New York.  I feel a strong connection to the earth and have often wondered if it comes from my Indian blood.   I am also of German, English and Irish decent.Setting a brush to canvas is another craft I play at, with woodworking and landscaping keep me busy as well.  People like me will always find themselves doing something; even while sitting we are not idle and it?s just one more reason to write.
There will always be one more reason to write, as I am happiest when sharing my thoughts with the page.
The strongest words of advice I can offer someone who has thought of writing a book, but hasn?t yet begun it, is ?just do it!?  The only one who is really stopping you, is you.  You don?t have to know it all at the start.  You?ll learn more along the way and you?ll be glad you did it.  To me, there?s something very freeing about creating, from a blank page, something that I can share with others.
Where to Purchase:

This book is for mature audiences and does contain adult material which can include profanity, sexual content and violence.
Instructions for Gifting a Kindle book can be found here on Amazon: Gifting Kindle Books
Instructions for gifting an e-book for NOOK:
http://www.barnesandnoble.com/u/nook-instant-gifts-ebooks-apps/379003333/