Skip to primary content
Character Interview Monday!
We welcome Kandi today to our blog.  Kandi is the star of “Piercing Through the Darkness” written by Emerald Barnes. We hope Emerald wasn’t upset that we invited Kandi here today and not her!
~~~~~~~~~~~~~~~~~
In Kandi’s words:
For a year, I lived like nothing had ever happened.  My family and friends thought it was best to keep secrets from me.  The secret that would forever change my life.  I don?t know if it?s a blessing they did this or a curse.
When I started Mr. Chandler?s General Biology class, I thought it would be an easy A.  I was never one for the sciences.  Theater is my passion.  I love acting, but what I wanted was to teach it.  My plans kind of changed once my memories came back, and Mr. Chandler decided to take matters into his own hands at serving my justice.

Do I blame him?  No.  I would probably do the same thing in his shoes.  Do I hate him?  Yes, I think I do a little, but I can?t hate him too much.  After all, he was the reason Jimmy and I ended up together.  I guess it?s safe to say that I have mixed feelings.
So, here?s the million dollar question. How did I forget?  How could I possibly forget something so horrific?  I don?t know.  My brain played a cruel trick on me.
Luckily, Jimmy has been here for me.  Oh, Jimmy.  I had denied myself feelings for him at first.  Why should I get to live a happy life when Mr. Chandler would forever suffer because of my mistakes?  But, Jimmy is so good for me.  He keeps me sane on those nights my mind wants to remember ?   Sometimes I wish the memories were still repressed.
Read about them, and you’ll know why my mind played such a cruel trick on me.
~~~~~~~~~~~~~~~~
Thank you Kandi for telling us more about the book you starred in! Now can you answer a few questions for us?
1 – We all want to be different, so what is the one thing you wish your creator had done differently with you?
I wish that she would have had me remember the accident.  Throwing me into a classroom where I was completely oblivious to what had happened almost ruined my life and was kind of cruel.  (Don?t tell her I said that.)  I?d like to emphasize ?almost ruining my life? though.  There was one great thing that came of it.  It might not have happened otherwise.
2 – If you could have added something to the story, and your creator would have let you, what would that have been?
Wow.  That?s a tough one.  Okay.  I think I would?ve had her add more about mine and Jimmy?s story.  You only see part of it, the protective part, and he played a huge roll in how I was kept from finding out my secret and how much we loved each other before and after the accident.  Jimmy is my world, and I would?ve wanted to share more about him.  He is after all the most important part.  To me at least.
3 – What do you love best about yourself? What do you like least?
What do I love best about myself?  That?s another tough question.  I feel so flawed.  Like part of me is missing something, but I guess I?d have to say the way I handled the terrible situation I was thrust into at the end.  Despite what happened, I still gave myself a chance to be happy.  That was probably the toughest thing I had to do though, and it didn?t come easy.  I had to learn to trust.  Trust myself and then my loved ones.
What do I love least?  My mind.  It betrayed me, and who?s to say it won?t again?  My psychiatrist said that it probably wouldn?t, but how can I be certain, you know?

4 – What part of the book was the hardest for you and your creator to work through?

The last scene.  It was touch and go there for a while.  In fact, the way she ended the short story our novella was based on ? yeah, let?s just say you wouldn?t have liked it.  Well, at least I didn?t.   My story would?ve ended there.  It?s a very emotional scene with so much at stake.
5 – I believe there is a sequel in the works for you… so is there anything you want to say about your character’s part in that new book.
Yes.  There is.  I?m finally happy!  The happiest I?ve ever been, but there?s an addition to my story.  An addition that if anything ever happened to, well, I don?t know what I?d do.  But there comes a time when I have to face Jonathan again, who still hates me, and fight ? fight harder than I?ve ever fought before.
Kandi – thank you so much for visiting us here today!  Now we have to get down to the business end and give our readers the good information on how to find out more about the book, where to buy it and how they can reach your creator, Emerald Barnes!
To purchase:
Amazon US
Amazon UK
Amazon DE
Amazon FR
Smashwords
Createspace 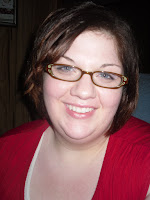 How to reach Emerald Barnes: