It’s Mention Monday!
Today we have with us
Janine McCaw who is the author of
Helens-of-Troy
Welcome Janine!!
Tell us a bit about yourself:
Do you work another job when you are not writing?
My job is very boring I’m an office clerk – Martha and the Muffins.

I like to take photos, ride my bicycle and talk to people on twitter. I spend way too much time on twitter, but I’ve met some great people. Some have even done reviews for me. I also recently found a fluted cake pan tucket away in a cupboard. Now I’m searching online for bundt cake recipes. See, the computer is the devil. 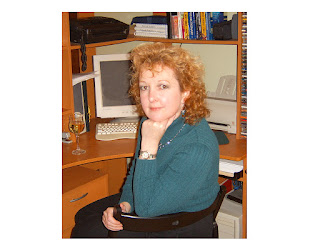 What is your favorite color? Why?
Chartreuse. Because I like the way it sounds.
What is your favorite season? Why?
I like autumn for the the colours.I live in the Pacific Northwest, so it’s not quite as dramatic as other parts of the country, but September is my favourite month.
If you could live anyplace on earth, where would it be? Why?
San Juan Capistrano. Because I like the way it sounds. Seriously, I live in Vancouver, Canada and I think it’s one of the most beautiful cities in the world, so I’m pretty lucky.
If you could have any car, what would it be?
A sixty-four and a half mustang convertible. White or that teal blue colour that Mustang was famous for. One of my bosses had one once, and I fell in love with it. That’s what Helena drives in the novel. I live vicariously through her.
Tell us about your writing:
How long have your been writing? Was it a dream, a goal or is it just a hobby?
I’ve been writing for what seems a lifetime, but really only got into it about six years ago. I find it’s a great stress reliever. One particularly bad day at work I went home and killed a few thousand people in my first novel. It’s a lot cheaper than a therapist.

How many hours a day do you devote to writing?
I can’t do it that way. I can’t force it. I jot down a lot of notes and wait until I’m in the mood to type out a whole chapter. Then I wait a period of time and go back and re-read what I have written and start the initial editing from there.
Do you have a set routine or do you write when the mood strikes?
Definitely when the mood strikes or when my friends and family nag me. I find they’re pretty good at that.
Is there some place special you like to be when you write?
I’d like to be in San Juan Capistrano, but usually I’m sitting on the couch with the laptop on my legs. I keep it next to it, so I can write, or google I.M.D.B. with movie questions when the hubby and I are watching something on Netflix.
Do you listen to music or do you need a quiet place to write?
Both, depending on whether I’m alone or not. I like to start a writing session with The Gore Gore Girls’ rendition of “Where Evil Grows”, or Helix’s “Deep Cuts the Knife”. They both put me in the mood for writng something supernatural.
Tell us about your book:
What is the name of it and is it part of a series or a stand alone novel? 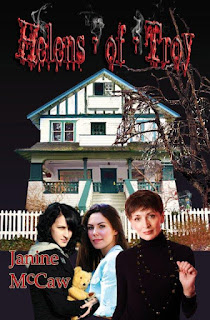 My latest novel is called “Helens-of-Troy,” and it’s the story of three generations of the LaRose family, all named variations of ‘Helen’. When the uptight Helen senses that her goth daughter Ellie is about to start experiencing supernatural situations, she moves her to live with her own mother,the sex-pot Helena, in a small town called Troy. It’s the first of a series of paranormal books featuring ‘the Helens”.
Where did the idea come from? How long did it take to write?
The title came to me first, a play on the title we all know so well. I wondered, what if there were three of them? And what if they were kick-ass demon killers, because you know, the original Helen with the horse was a bit of a slayer herself.  I started it a few years back, but then really pushed at it the last year so I could get it done.
What is it about?
Fifteen year old Goth-chic Ellie has a lot of explaining to do. She?s just moved to the small town of Troy, fought with her uptight mother Helen, met the boy of her dreams and found a dead body on her sexy ?new-age? grandmother Helena?s porch.  All on the first night!
But Ellie?s not alone. Helen is hiding something. Helen knows all about the kind of eerie dreams her daughter is having ? the dreams that show the whereabouts of the missing children of Troy ? because she?s had them herself. But she?ll never admit it. Not while Ellie?s sex-crazed friend Ryan is safely behind bars for the murders. Helen knows what it?s like to be attracted to dangerous men. 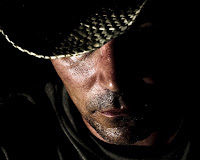 Then there?s the little matter between Helena and Gaspar BonVillaine, the teenaged vampire who is learning to feed on young prey. Now that he?s caught Ellie, he doesn?t know whether he wants to kill her or turn her to the dark side and keep her forever. Helena should have finished him off when she had the chance.

To survive the vampire feeding frenzy surrounding them, mom Helen needs to come to terms with her own insecurities and deal with the gifts she has. Helena must learn to ground herself for the good of mankind and more importantly her own family. And Ellie has the toughest choice of all. Ellie must decide whether its time to let her own childhood go and become the woman she is destined to be, one of the ageless and timeless ?Helens of Troy?.
Do you have any upcoming projects in the works or other books that have been published?
Back in 2006 I wrote “Olivia’s Mine” a fictional account of the disasters that happened at Britannia Beach, BC in the early 1900’s. They carry it in the BC Museum of Mining, so that’s pretty cool. I’m also working on a project called “The Inn at Hazy Waters”, which is a cross between Fantasy Island and Northern Exposure.
Where can readers connect with you?
website: www.helens-of-troy.com
twitter: mc_janine
facebook: http://on.fb.me/GMiuI0
Goodreads: http://bit.ly/bDn8nA
Where can we buy your books?
Check the usual spots…Amazon, Barnes and Nobel, Chapters, iTunes, the Sony Store.