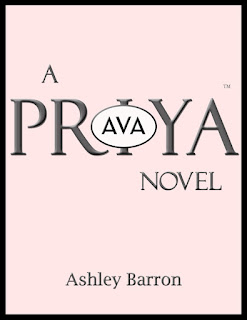 Gracie returned her husband?s kiss long enough to let him know she was priming him, that he was right about a plot hatching in the room.
?Really, Kettle!? she said in mock admonishment, as whistles and claps sounded around them. ?We have guests, and now you are wearing my lipstick.?
He leaned in, puckered his lips. ?Want me to put it back??
?Ha-ha. Your diversion tactic worked well enough. The men are now safely on the lower level.?
An innocent expression, one he relied on more often than not when it came to his wife, spread across Kettle?s face. ?My what??
Gracie used her cocktail napkin to dab off the lipstick. ?Please don?t start the grilling until we ladies join you. It will be about an hour before we?re ready.?
?An hour?? He rubbed his empty stomach. He hadn?t even snacked today; well, not much, since he knew he would be feasting on Gracie?s gourmet cooking at dinner. ?Honey, we?re men. We need to be fed regularly or our blood sugar gets all messed up and triggers hunger pangs which can lead to a spike in testosterone. And you know what that can do to??
She cut him off with a shake of her head. ?I?ve set out extra appetizers on the terrace. You?ll survive.?
She was speaking in her sweetest voice, the one that always put Kettle on high alert.
He changed the subject. ?Have I told you yet today that you are my favorite wife??
?I?m your only wife,? Gracie corrected. ?And in the next hour, the ladies will be assisting Ava as she signs up for online dating.?
Kettle?s eyebrows shot up. ?Does Ava know??
?Absolutely not. She would never agree to it. This is an intervention.?
?Or a tornado poised to touch down inside this house. You?re either brave fools, or crazy ones.?
?We?re neither. The situation is desperate.?
You mean you?re desperate, he thought, and concentrated on subduing his laughter.
?Well, be that as it may, you will need to call off the intervention.?
?I most certainly will not,? Gracie huffed. ?I?ve put a month of planning into this process. You will not change my mind, Kettle Arden, so don?t try to sway my determination with your lawyerly super powers.?
?I would never do that to you.? He smiled at her affectionately over what they both knew was an outright fib. ?Let me share with you this one little piece of news.?
?Yes?? His wife spoke the word unpleasantly, with squinty-eyed opposition, as she mentally armed herself to deflect and dismantle whatever reasoning he set out before her.
The words stuck, hooked into his throat, and wouldn?t shake free.
?What is it, Kettle?? Gracie?s tone was still sharp. ?What?? 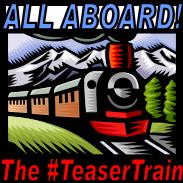 He moved his eyes across his wife?s face, disbelieving that four decades had passed since their first date. He knew they both had aged. He could see it in himself, but not in Gracie. Her beauty had stayed with her through the years, softening but never fading.
Kettle had first set eyes on her freshman year in college, and had believed they would be together even before he had learned her name. They?d built a life to be proud of, and had survived a wild ride?kids, houses, animals, jobs, temptations, good times, bad times?with their marriage intact.
Love had carried them through, pure and simple.
Their sons, Trace and Locke, had found that magical happy ending. But their daughter had grown up to be stubborn, dramatic, demanding, and obsessed with her career. Gracie was right; Ava was just like him.
Kettle held his wife?s gaze, felt his heart racing, as he said, ?Kader is back.?
Gracie?s expression froze, held, for a good ten seconds before melting into an endearing combination of wistful relief and plotting mother. ?He?s in Washington??
?He?s in the basement.?
She braced a hand against her husband?s chest, and whispered, ?Really??
?Really. Trace snuck him in through the side gate.?
Kettle loved his oldest child fiercely at that moment.
?Does Ava know??

?Nope.? He pressed his lips firmly against his wife?s cheek. ?And here you told me we weren?t having any fireworks tonight.?