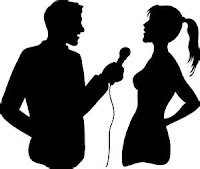 We are excited to have had the chance to sit down and talk with Ty without his creator Keith Weaver around.  Hope you stick around to see what Ty has to say behind his back!  shhhh… don’t talk to loud – we don’t want him to know he was here!
My name is Ty, and if you believe in the unbelievable then I have a story for you.  I am 10, and just your average normal son of a single Mother and older brother to Xavier.   Well, one late night something took Xavier from our room and into a mysterious light.  I followed him, without fear, knowing I had to save his life.
What happened next you will not believe.  I ended up in a magical world called Nebulous.  It was here that I went on an epic quest to save my brother from the evil shape-shifting Queen Joro.  Her magic and power had a hold of Nebulous, and she lived in a castle in the middle of a giant lake.
I don?t want to bore you with a lot of detail; you?ll have to read my story for that.  But on my quest I discovered many wondrous creatures, magical spirits and dangerous obstacles.  If you can imagine a world where there are monsters, both good and bad, down to pesky little spirits that will play a trick or two on you.  It was my love for my brother that kept me going, and some amazing friends that I made along the way.
My best friend was Bake, a shape shifting cat who was stripped of his ability to change by the Queen, so he roamed Nebulous as a Halfling, part cat and part man.  But what a cunning and courageous person.  He helped me from start to finish, and had some other magical abilities as well that the Queen didn?t know about.  Without his help, I would have surely fallen prey to many things in Nebulous.  The beauty of the world was overmatched by its dark, evil characters.
Thank you Ty!!  That sounds like you had quite an adventure!!  Answer a few questions for us!
We all want to be different, so what is the one thing you wish your creator had done differently with you?

I wish I had been older when I went to Nebulous.  As brave as I may have seemed, I was just a boy and scared the whole time.  My will to save my little brother and the help of my friends kept me going, but there wasn?t a time when I didn?t want to turn around and go home.  I understand, though, that fate doesn?t wait for perfect circumstances.
It also would have been nice to have some kind of power in Nebulous.  There were so many mystical beings and creatures, something other than the power of the human spirit would have been okay with me!
If you could have added something to the story, and your creator would have let you, what would that have been?
I would have loved for this to take place in the future, when everyone has a robot servant or friend, at least I hope.  It would have been so cool and helpful to have my own robot friend on the mission.  I envy the boy from Lost In Space, he always felt safe with his robot companion.
What do you love best about yourself? What do you like least?
I love that the bond I have with my brother was stronger than any evil or magic in the world.  I ended up in an unbeatable situation that no matter how hard it got, I continued forward and at times forgot I was just a boy in a strange world.    This is also what I like least about me, though.  I should have been stronger, at least to me I feel I should have been.  An outsider might view me as heroic, but I was always so scared that I feel bad about it, to constantly let my own fears creep in despite what my little brother was going through.
What part of the book was the hardest for you and your creator to work through?  Describing the beauty of Nebulous.  Despite the evil things in the world, and the Queen, it was a miraculous world of beauty and magic.  The land was so pure and vibrant, and it was almost always sunny out, there were just a couple of minutes of nighttime a day!  The lake the castle was in, wow, what a spectacle.  It had the kind of clear water where you could see anything in it from far off, it was so serene.  I hope we did it justice in depicting that beauty.
Is there a sequel for this book? If so, what do you want to accomplish in the next book.  If not, do you wish you could continue your story?
Yes, I don?t want to give too much away, but there is a planned return to Nebulous.  This time I want to take my brother and enjoy the world with him.  I don?t want it to be such a tense, dangerous journey again.  Plus, having him with me will be such a change.  I also want to re-connect with all my friends from there, I miss them so much.  You have to read my story, they are all amazing with such odd and magical traits.  You will fall in love with them just as I did!
Before you Leave Ty – Tell us where we can buy it!
Amazon
Smashwords
And who can we get in touch with your creator to learn more? 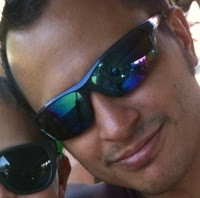